Andrea González recovers the music of the Spanish monk Rosendo Salvado, founder of the only monastic city in Australia and a pioneer in the defense of human rights of the Aborigines. An eclectic character who negotiated with kings and popes, lived with indigenous tribes and considered music the epicenter of his mission. His multifaceted personality and multiple interests embraced disciplines such as medicine, art, science and botany, acting at the same time as a diplomat, artist and writer, but always with his missionary vocation as the backbone of his life.

A recording project for Warner Music in CD and DVD format, directed by the producer and sound engineer Eugenio Muñoz, with the collaboration of the soprano Leonor Bonilla, the fashion designer Agatha Ruiz de la Prada, the hairdressing products brand I.C.O.N. and Patrimonio Nacional.

The production of the album involved a first class team, including the artist Verónica Marcalla (Guitonails), the make-up artist Eva Escolano, the piano technicians David and Luis Izquierdo, and the creative agency Espazo ÑO. The album was recorded at PKO Studios and Estudio Uno with a Steinway & Sons D piano and a Yamaha C7. Images were also recorded in spaces linked to Rosendo Salvado in Tui, Santiago de Compostela, El Escorial and New Norcia.

It is supported by the Agencia Galega das Industrias Culturais de la Xunta de Galicia, the Diputación de Pontevedra and the City Council of Tui.

HOW IT WAS FILMED. MAKING OFF 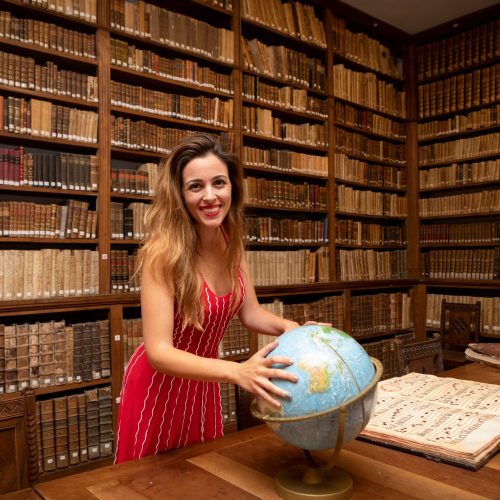 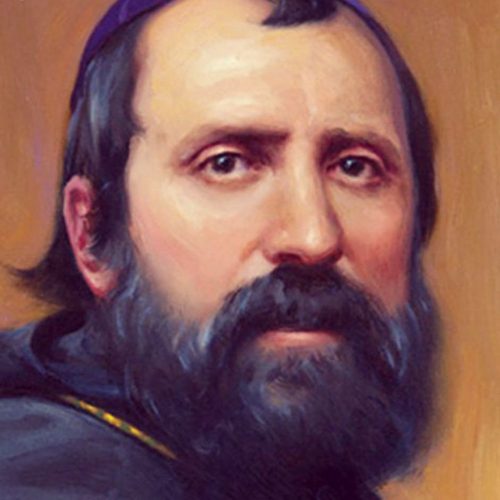 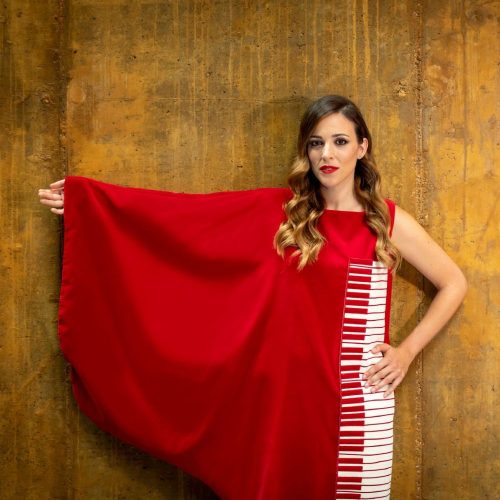 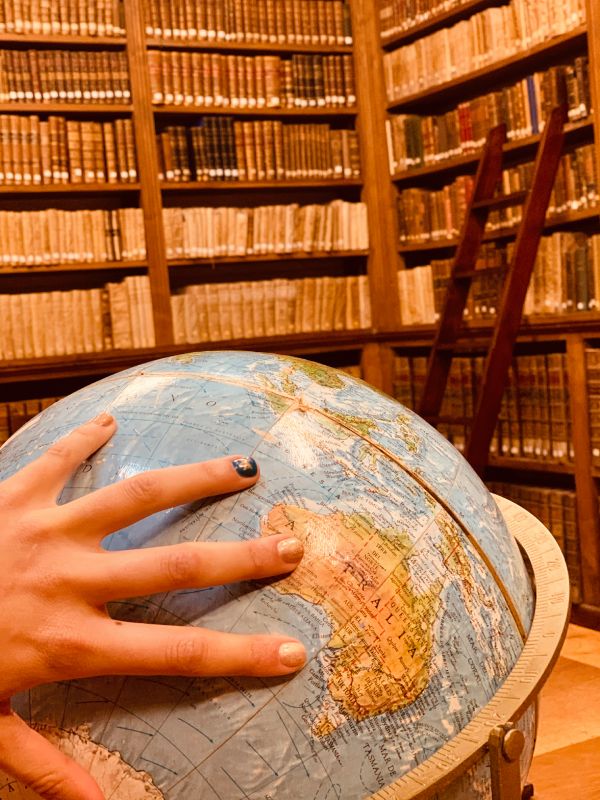 Why don’t you place a piano next to the Rosendo Salvado statue? These were the words of the journalist Eva González, who spoke to me for the first time about the musical side of Salvado. At that time, I could not imagine the fascinating path I was about to take with the music of this monk from my hometown, which would take me to the antipodes and whose legacy has become a benchmark in my life. I hope that, through this recording, I can have the same effect on other people.

I feel a particular affinity with my land, Galicia, and with my country, Spain, and I seek with passion and enthusiasm a way to collaborate in the propagation of the cultural heritage. Since 2014, I have committed myself to discovering, studying and performing Rosendo Salvado’s piano music, having the special privilege of being able to inquire into the Archives at the Cathedral of Tui about his life and work, thanks to Father Avelino Bouzón, the chief archivist, who has taught the universe of Salvado.

The pianistic and musical prowess of this 19th century Benedictine monk immediately captivated me, and I unders- tood how crucial it was to make his piano compositions known. Salvado is unique for being a highly cultured and international religious man, who took his music to far away Australian lands.

My journey with Rosendo Salvado has led me to consider him a soldier on a peace mission, a pragmatic idea- list and a man ahead of his time. Pianist, organist, and composer, Salvado had great people skills, perseverance and willpower. Although he interacted with the aristocracy and the nobility, his being was full of simplicity, goodness and altruism. He could be considered the first composer and interpreter of serious music for piano in Australia, introducing the virtuosity and the European musical tradition on the continent, and even went as far as transcribing indigenous music for piano.

Salvado fought for the creation of a legal framework for the Aborigines and even founded a string orchestra and a brass band with natives which became famous, arguing that “we can civilize the Aborigines without ki- lling them.” Noting that the Aborigines had an excellent musical instinct, he wrote a method of music theory in order to teach them the rudiments of music. Beyond the arts, he introduced homeopathy to the mainland, the sport of cricket among the Aborigines, and taught an indigenous woman to handle the telegraph, becoming a post office officer. Florence Nightingale, founder of modern nursing, praised the methodological suitability of Salvado ́s work in New Norcia.

Salvado gave what was probably the first piano recital in Western Australia, in the city of Perth, with the inten- tion of raising funds for the mission of New Norcia. The program lasted for more than three hours, was suppor- ted by different religious orders and was very successful.

In 2016, I traveled to Australia to give recitals in New Norcia and at the Australian National University in Can- berra. I collaborated in the documentary From Rosendo to Rosendo, directed by César Espada and organized by the Embassy of Spain in Australia, which was awarded at the Hollywood International Independent Documentary Awards. The project consists of relating the personalities of Rosendo Salvado and Rosendo, a Spanish rock star, in which their instincts to be musicians for the people converge. My journey was supported by Acción Cultural Española, Xunta de Galicia and New Norcia. During the stay, I met Eugenio Muñoz, Rosendo’s producer and manager, who encouraged me to make the recording of this album. Eugenio has been the producer and cornerstone of the entire project.

My experience at New Norcia Abbey, with its songs and maitines and the intoxicating humility and sim- plicity that emanate from its walls, were a catalyst for my inspiration with the music of Salvado. The visit to the abbey ́s museum was impressive, full of magnificent works of art such as a painting by Murillo or a viola signed as Stradivarius that I could get my hands on.

For the study and preparation of Salvado ́s piano works, I examined the manuscripts of the Fantasy, Pequeño entretenimiento and Gran walz that were facilitated to me by Father Bouzón. The score for the Salve Regina was provided by Father Robert Nixon, musician and current member of the congregation of New Norcia Abbey, whom I met during my stay there. After coming into contact with the main monasteries linked to Salva- do, I recently discovered the existence of the Tantum ergo score in the Cava de ́Tirreni Monastery. Finally, the

Maquialó is included in Salvado ́s Memoirs. I encourage pianists to consult the work Rosendo Salvado – Obras para piano, published in 2014 by the Consello da Cultura Galega on the occasion of the birth bicen- tinnial of the monk from Tui, and whose transcriptions were made by Xavier de Paz.

The few compositions for piano by Salvado that have survived to our days are influenced by the Romantcism of his time, especially by Liszt and Thalberg, and by the Italian opera. The composition dates do not appear in the manuscripts.

The Salve Regina is based on a tune written by Salvado arranged for piano by Father Nixon. This song, the composer’s favorite, consists of two pages filled with a modern sonority and popular harmonies, with a captivating and improvisational spiritual character. His Fantasía, variaciones y final is dedicated to countess Lebzeltern. The introduction, theme, six variations and ending in a polonaise rhythm are display a virtuoso pianism worthy of admiration, but also of lyrical melodies inspired by the Italian bel canto.

The Tantum ergo, whose text is based on the last verses of the medieval song Pange lingua by Saint Thomas Aquinas, is a piece for one or two voices and piano dedicated to Caterina Giordani. The word Tudensi appears in one of the voices, probably referring to the name of the native town of Salvado. It is a beautiful piece inspired by the Italian opera of the time, containing two contrasting sections and culminating with a stretto to the Amen.

The Pequeño entretenimiento con aire de marcha begins with a tremolo that reminds us of the rolling of drums and, as indica- ted in a measure of the piece, it must be played with scioltezza. It is dedicated to Paquita Patrelli.

The Gran walz fantástico ó sea, un cuarto de ora en la Tertulia, dedicated to the marchioness Santasilia, floods its pages with astonishing technical difficulties, with a marching rhythm, improvisatory sections and with a lyrical passage that precedes the coda and which reminds us of Schubert ́s lyricism.

The short page Maquialó, subtitled Canción de baile de los Australianos Occidentales, is a piano reduction made by Salvado himself of an aboriginal dance and used by the Yued natives as motivation to work. Maquialó is said to mean “moon in the sky.”